In 2018, the Hospital Center of Troyes created a smartphone application dedicated to its paramedical staff: My HCS , this application has a mood expression system in real time.
What about after one year of use and 30000 votes cast?
A brief about this application, winner of the grand prize FHF-MNH-ADRHESS.
The Hospital of Troyes would like to deepen the analysis further by correlating these data to patient satisfaction.

When the Southern Champagne Hospitals created their access to human resources My HCS, in April 2018, it’s about answering of territorializing challenges and dematerialization of HR processes, where another function completes this app. In addition to providing data and facilitating some tasks, from the first connection of the day, the application asks users;

Smileys system, green, orange or red, allows staff to express their today’s mood. One year later, the application totals 1,900 active accounts (out of 2,000 employees) and 400 daily connections. With a participation rate of 52% (it is possible to pass the step), not less than 30,000 votes cast. We did regular statistics on the declarations and analyzed these votes according to several criteria: age, service, residence distance to work, job, day, time…

Experimental, this measure of the work life quality (WLQ) in real time, allows a crossover with other data available in the institution human resources information system.
The green smiley (well) is chosen by more than 60% of the voters. Added to the yellow smiley (normal) the percentage increases to 85-90%. The choice of the red smiley (not well) remains a minority and almost invariable in time. In addition, only sixty agents represent half of the red vote across the institution, regardless of the number of voters and services involved.

What can we learn?

The starting premise is that a green smiley expresses a level of correct satisfaction. Men would they be more grumpy than women (new hallucinating for some, not for everybody)? The statistical analysis shows that men feel 85% satisfied (addition of green and yellow smileys) while female colleagues show a magnificent 89%. Without surprise, night hours are the time when well-being at work decreases substantially (less than 50% against 65% at daylight hours). Wednesdays and Saturdays happen to be the happiest days of the week (64%) while the Monday is – without surprise – less appreciated (61%). the most unexpected : civil servants have a well-being at work slightly lower than fixed-term contracts…Would there be a problem with this status?

Some classic elements of human resources.

The age and especially the seniority in the establishment or the services seem to be the real discriminant. The satisfaction rate is highest at the beginning of a career (62% from 0 to 5 years) then decreases (up to 57% from 10 to 15 years). Beyond, satisfaction starts to rise again (63% after more than 15 years). This phenomenon is correlated with age, with a quarantine passage quite difficult (57.5%). Historically, Seniority was synonymous with job protection and fullness. The situation has changed since the 2000s. Multigenerational factor or psychological exhaustion?
The analysis deserves to cross several data. However, we know that human resource indicators are deteriorating with seniority (for example, the risk of an accident at work is more important). With My HCS, these criteria seem definitively confirmed. Graphic 1.

Medical care and the competence level also strongly influence the satisfaction rate. To the hospital, caregivers have a lower satisfaction rate than other occupational categories. The physical difficulty can be dismissed because the technical and logistic trades (catering and laundry especially) have a high satisfaction rate. This observation seems to attest to a certain difficulty, associated with the caregiver job. There is worse if we consider the agent qualification level: stretcher bearer averages 74% satisfaction when caregivers/nurses have trouble reaching 60%. What is going on? How to act?
First, road time.
A 5-minutes trip to come to work is much more comfortable (67% satisfaction) than living far away (60%). However, beyond 30 minutes, satisfaction goes back, which probably reflects an individual or family choice more assumed. 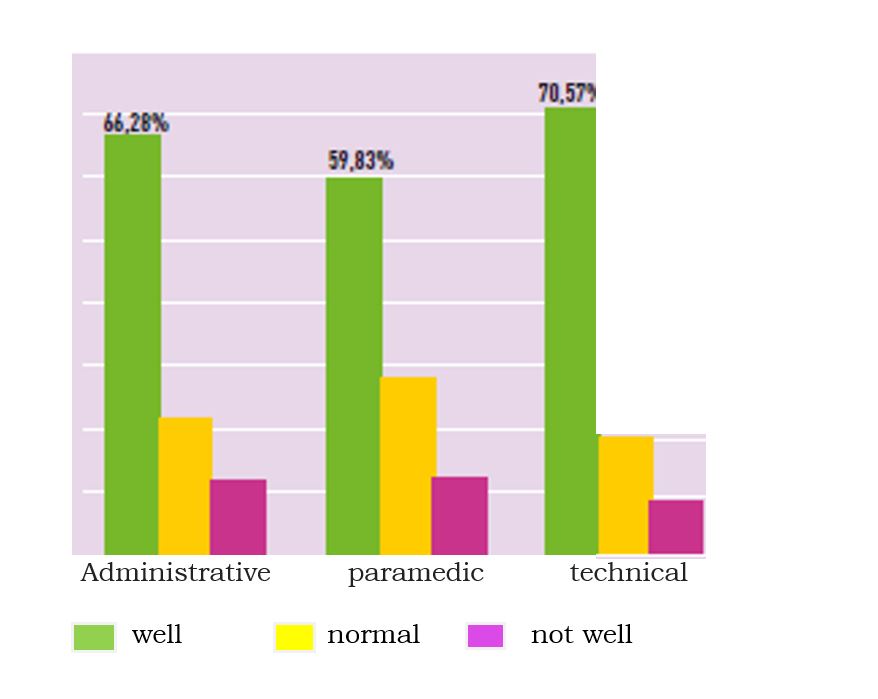 My HCS is a web / smartphone application that allows southern champagne hospitals civil servant to:

The working time organization acts as a true discriminator of the work life quality.

Adopting the application to the technical committee of establishment, a social partner asked: “How does My HCS improve working conditions?”
Our answer: “Improve the working time management”. Because the working time organization acts as a real discriminator of life work quality: if the hourly organization does not seem to influence the satisfaction rate, the posted rate is 64%, whatever the days off number is.
It’s different for day / night alternation. Satisfaction is 64% for day / night fixed workers and decreases to 54% for those who work in turn day / night.
The civil servants who work in the last hours of the night conclude to a real opposition between the alternating and fixed rhythm.
Those who work at a fixed pace say they support their cycle better. This remains to be studied by the human resources department, but working time remains an important element in work life quality. Graphic 2 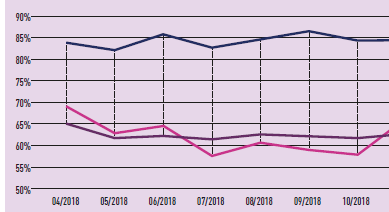 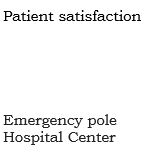 My HCS reinforces the idea that emotional analysis is at the center of change.

Accompany change or anticipate the crisis

What to do with this model day by day? Most health facilities are making organizational changes to adapt to a changing environment. However, they are particularly highlight the situations of discomfort that these changes can cause. The care service, protective identity of the hospital officer, transformed itself. It mutated. However, effects studies on agents are rare. We know that our application can not overcome this lack of analysis, but My HCS reinforces the idea that emotional analysis is at the center of change. Nevertheless management decisions act as a brake or a lever.

At the pole level Graphic 3

Relatively stable at the establishment level, the satisfaction rate varies enormously at the pole level. Without establishing the statistical truth, the main elements of work stress vary by sector: blocked work, behaviors of incivility of patients, workload, the overflow of professional life on privacy and the confrontation with the suffering of the patient.
When the geriatric sector has a satisfaction rate of 70%, our surgery division stays at 50%. In another hospital center of the group, the results would probably be different. However, the Troyes hospital center experienced a fairly deep crisis in one of its poles during the summer of 2018, a crisis mainly medical and managerial logically having consequences for all teams.
The retrospective analysis of the satisfaction rate raises two observations. The satisfaction of the agents does not affect the quality of the patient’s reception (particularly, two months before crisis management) & a significant fall in the indicators could have made it possible to anticipate. 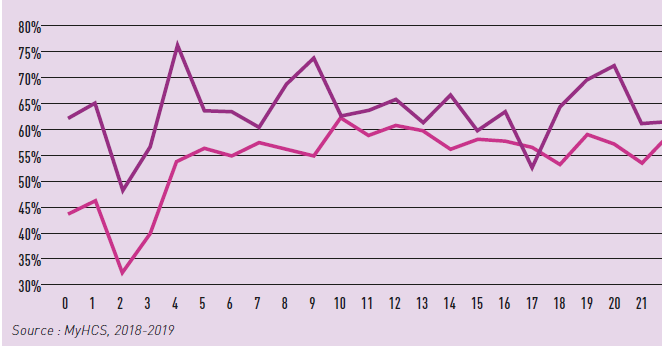 The My HCS app delivered its first conclusions that confirms our constant concerns: the well-being of hospital agents and work-life balance. Moreover, it is the contribution of new information and communication technologies in the hospital sector that is important to specify. Prevent a crisis, solicit an opinion, report a malfunction, find an agent in trouble, inform, communicate: indicators provided by hospital staff, through the app, are an asset to the management. Without even mentioning the only aspect of human resources, generally, our IT vendors do not fully utilize this support. At the level of a hospital group, if he became multicentric tomorrow, My HCS could draw other conclusions. Create a national observatory of the work life quality? We are already thinking about it!